23 Roads you Have to Drive in Your Lifetime 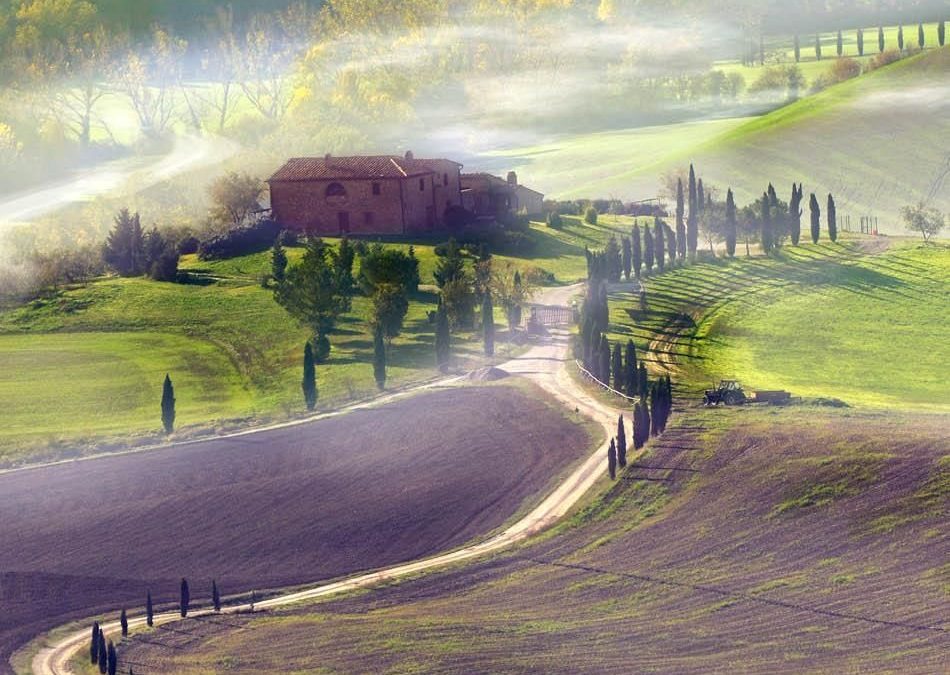 Just imagine this: you’re in a car, surrounded by high mountains, blue rivers, coast lines, winding roads, beautiful landscapes, green forests, golden fields. What can be more exciting than this?

There are probably millions of the roads in the world which passes through incredible landscapes, but there are just some of them that are truly amazing and are incredibly constructed. Instead of simply being a part of the journey, these roads are so awe-inspiring that they have become destinations unto themselves.

Maybe you’re ready for a nice drive, but you don’t know where to go. This post is dedicated for all roads lovers and should provide great inspiration and bucket list fodder for those planning an upcoming trip.

1. TRANSFAGARASAN HIGHWAY IN ROMANIA – ‘THE BEST ROAD IN THE WORLD’ TOP GEAR

It is a very special road going between the mountains and with an excellent scene view all the way to the top.

More than 150 kilometres in length the Transfagarasan Highway is Romania’s most spectacular and best known road. Fully open only from June to October, the road’s highest point is at 2042 metres: the tunnel which links the northern and southern sides at Lake Balea

2. TRANSALPINA, THE KING’S ROAD – A HIDDEN GEM IN CARPATHIAN MOUNTAINS 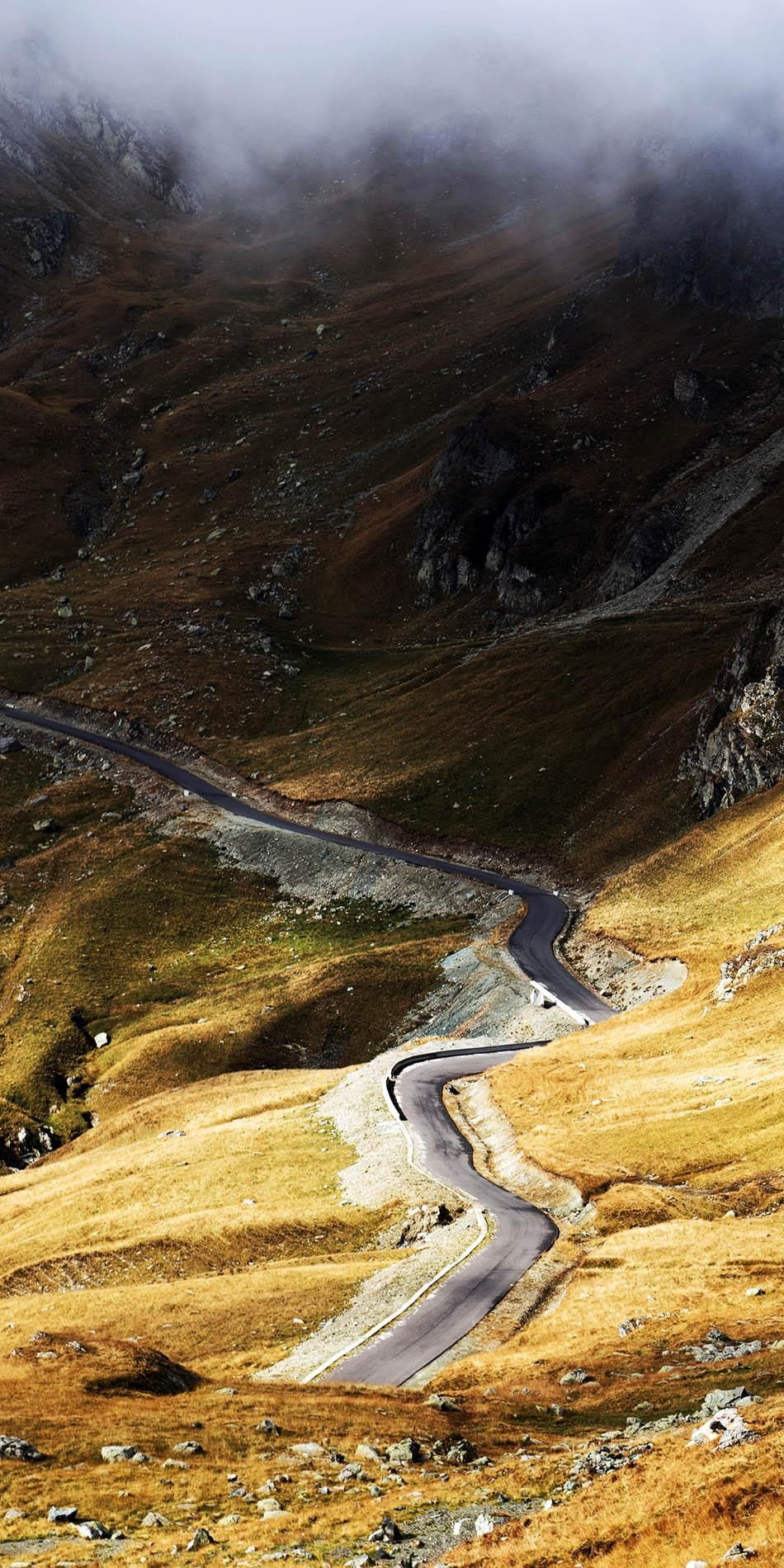 The road was built under King Carol II. That’s the reason why Romanian locals in the area call it The King’s Road.

The road has its highest point at the Urdele Pass, where the elevation is 2,145m above sea level.

Guoliang Tunnel is one of the most famous tunnels in the world. It’s 1.2 kilometres (0.75 mi) long, 5 metres (16 ft) tall and 4 metres (13 ft) wide, located high in the Taihang Mountains of the Henan Province, China.

The tunnel links the village of Guoliang to the outside through the Taihang Mountains which are situated in the Huixian, Xinxiang, Henan Province of China. 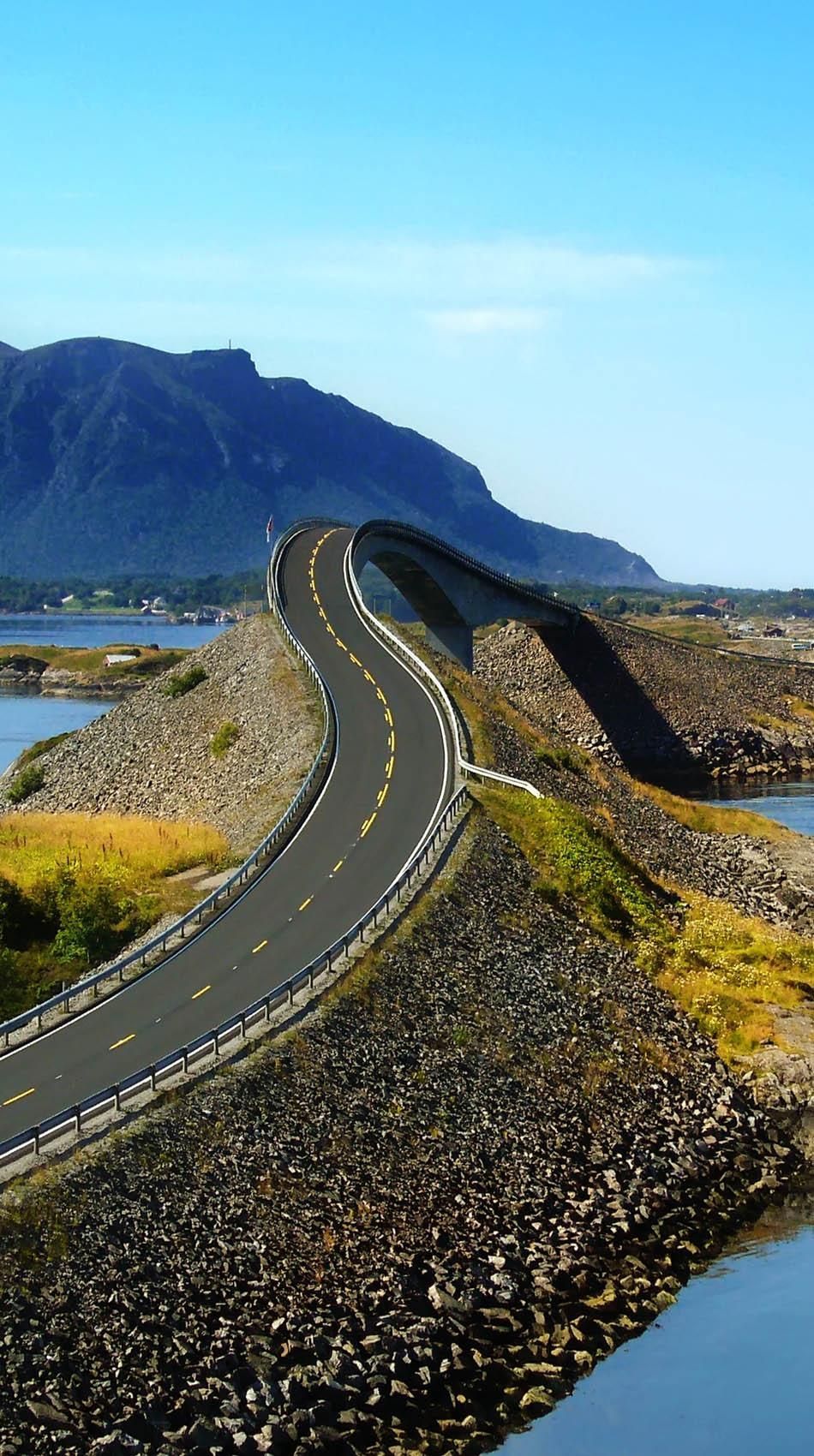 The Atlantic Road takes you from lush coastal landscapes and heaths to bare rocks along the exposed Hustadvika, where you can see the sun sink into the horizon. This National Tourist Route has been called the world’s most beautiful drive and has been voted the “Norwegian construction of the century”.

Tucked deep into the mountains off the western coast of Norway, the Trollstigen Mountain Road is one of Norway’s most dramatic and most visited attractions. Dangerous conditions here include the incline, narrow driving space, and the poor traction and visibility that come with rain and fog. It’s one of the famous scenic drives in Norway. The route is known for its 11 hair-raising hairpin turns and steep, 9% gradient. Yet despite the dangers of the one-lane road.

7. THE ROAD TO THE CANADIAN ROCKIES, KOOTENAY NATIONAL PARK 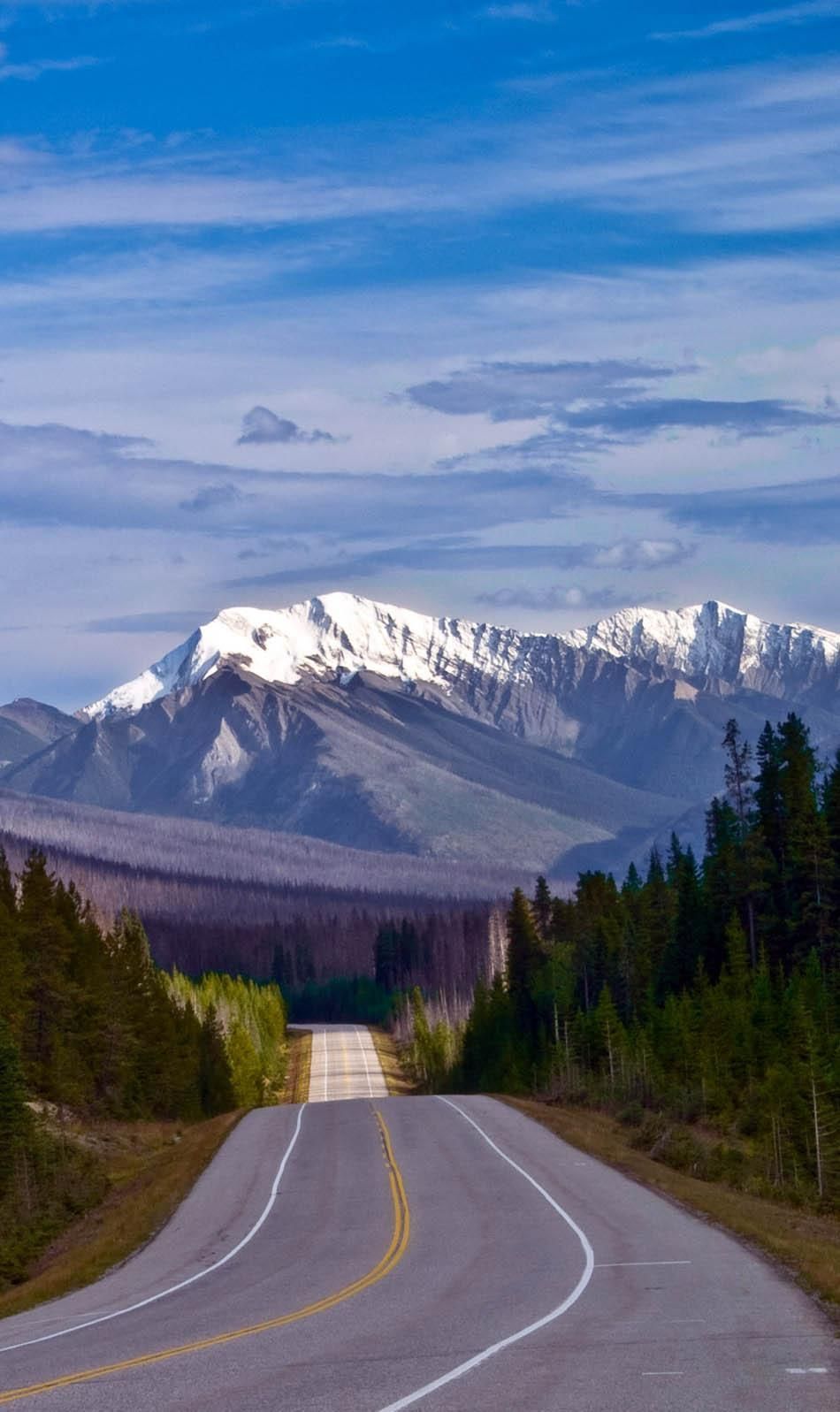 Lying across the Continental Divide from Banff in BC, KOOTENAY NATIONAL PARK is the least known Rockies’ park, and the easiest to miss out – many people prefer to follow the Trans-Canada Highway through Yoho. Yet the park’s scenery is still impressive and if you’re not determined to head west you could drive a neat 378km loop.

The main highway leading to Los Glacieres National Park in Argentina; part of the Patagonia area encompassing both Chile and Argentina…the Andes in this region are spectacular. 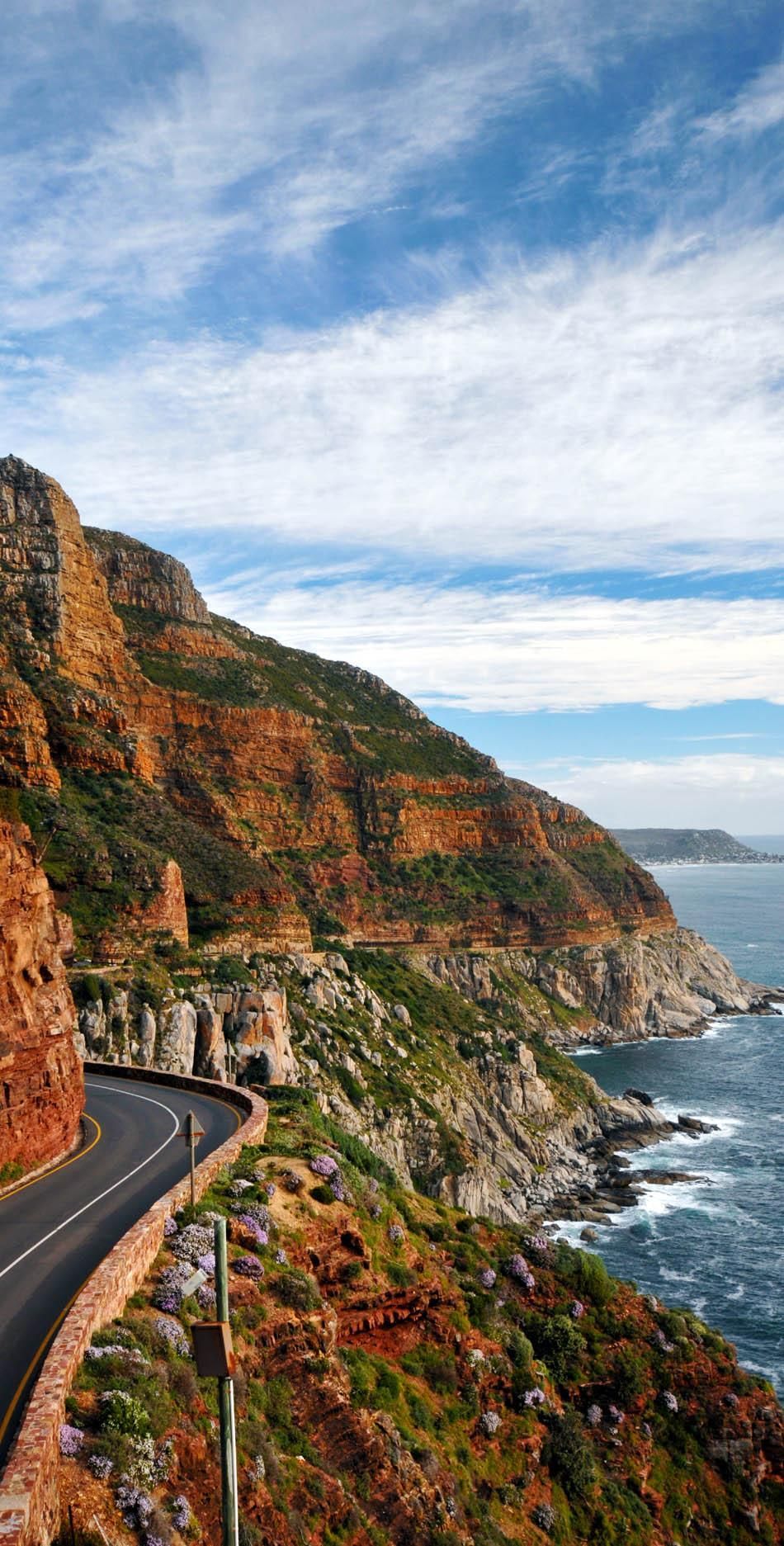 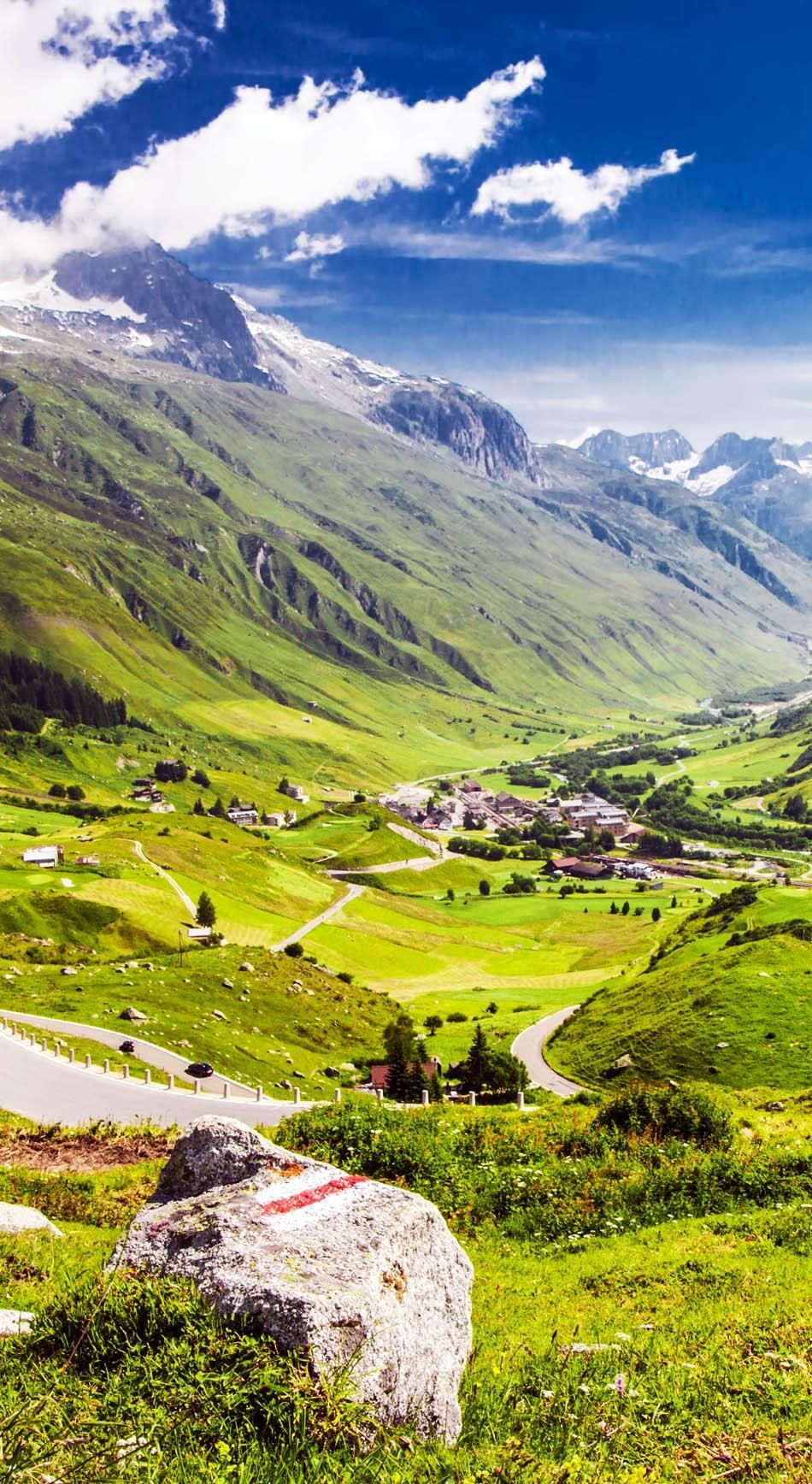 The Furka pass is a high mountain pass at an elevation of 2.431 m (7,976ft) above the sea level, located in one of the snowiest regions in Switzerland. It’s one of the world’s most iconic, exhilarating and exciting drives, through the Swiss Alps. However once you hit the road, be prepared to capture the sites like the Rhone glacier, the Schöllenen Gorge, numerous valleys and small Swiss villages. 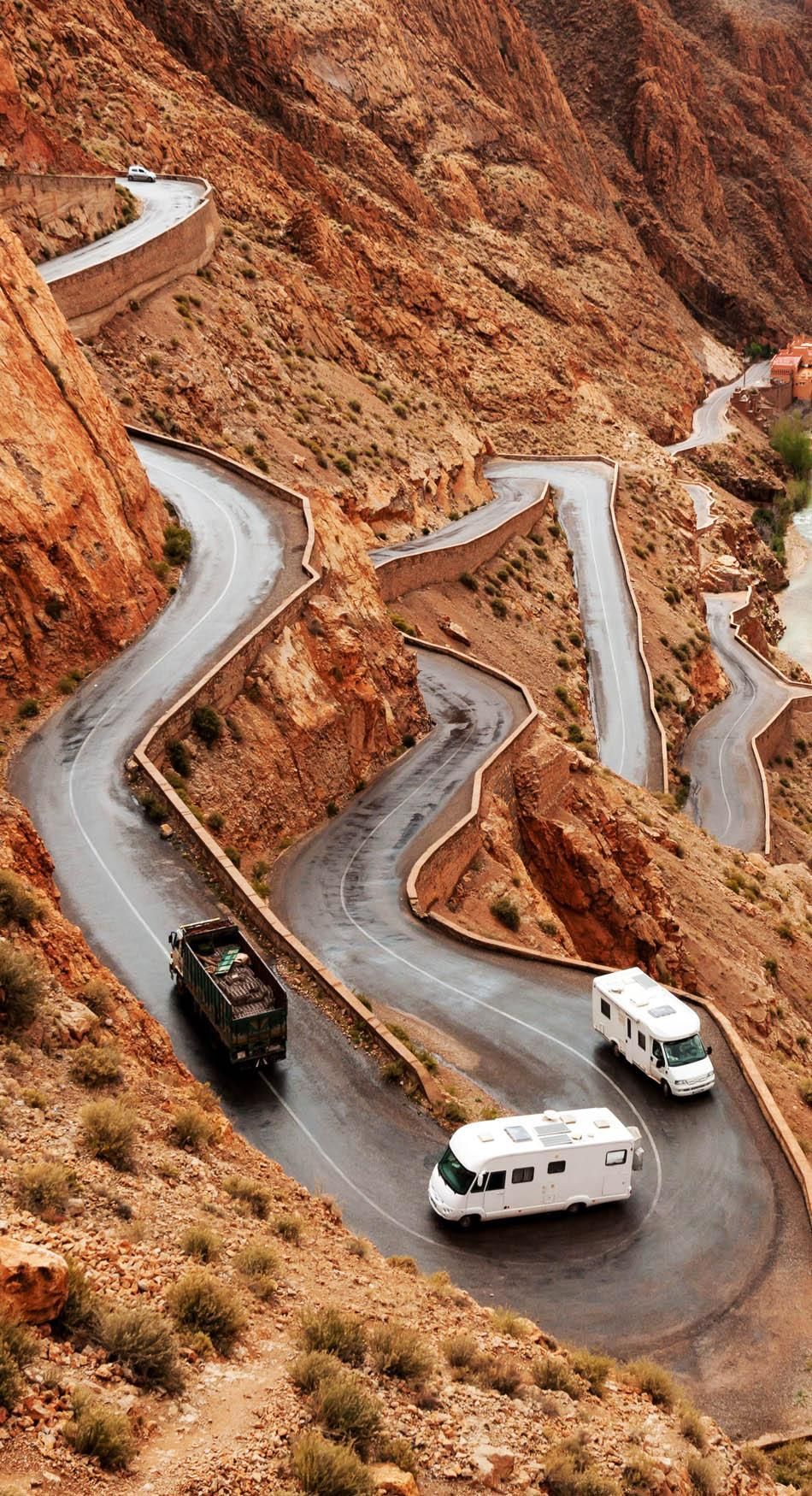 This famous road is called Tizi n’ Tichka Pass, and is a safe and exciting way to explore Morocco.

The Icefields Parkway (Highway 93 N.) is a 230 kilometer mountain road running through the heart of Banff and Jasper National Parks. It serves as a connection between Lake Louise and the town of Jasper. It’s a minimum of 3 hours driving time, not accounting for any stops along the way.

The Karakoram Highway (known informally as the KKH) is said to be the highest paved international road in the world. It’s the road to paradise – if you like exploring the mountains, that is. It’s regarded as one of the world’s hardest alpine climbs. Drive with care as this is a mountain road with hairpin curves and dangerous drop-offs. 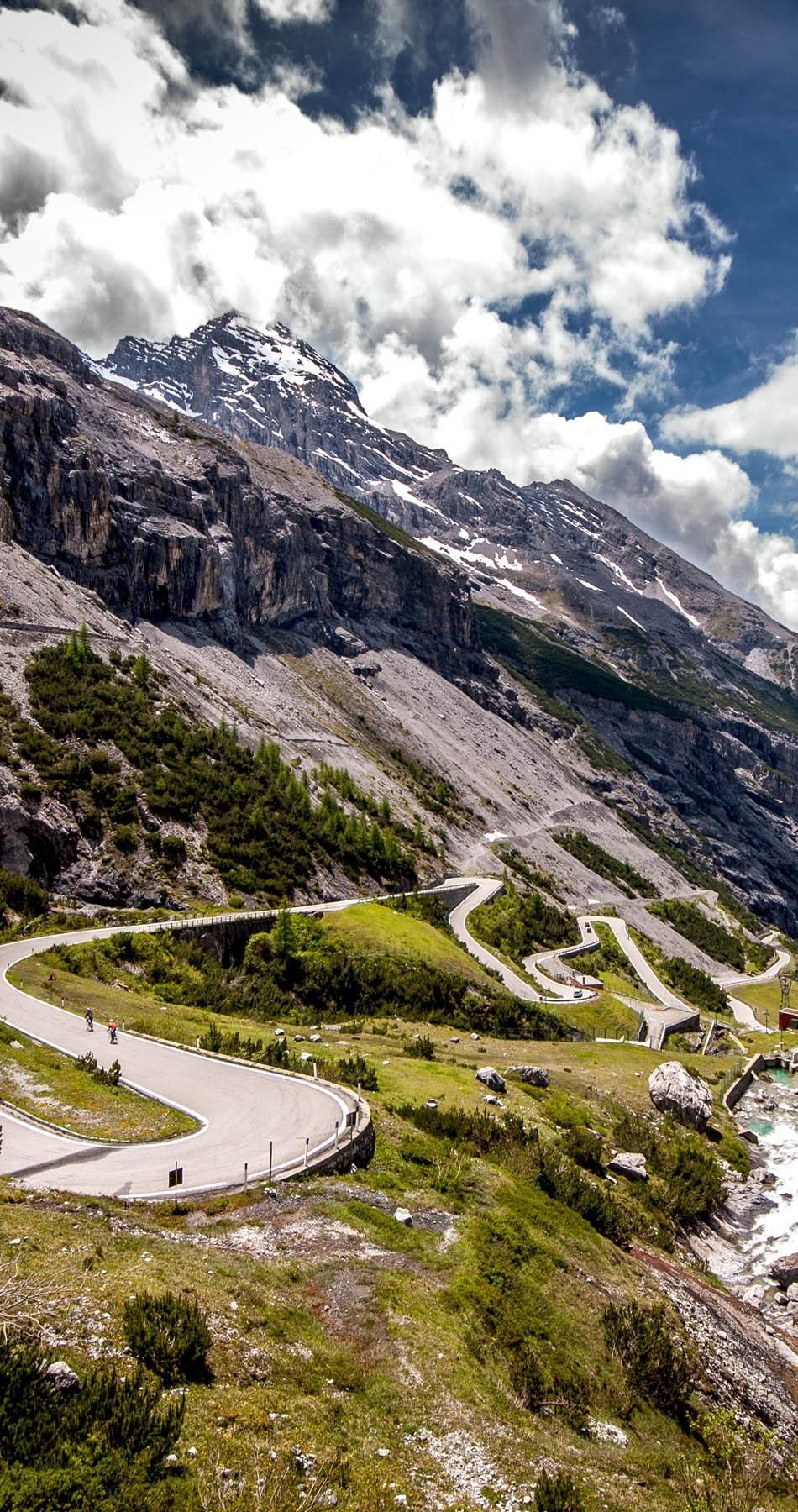 The Stelvio Pass is a high mountain pass at an elevation of 2.757 m (9,045 feet) above the sea level, located in the Ortler Alps in Italy between Stilfs in South Tyrol and Bormio in the province of Sondrio. It’s one of the highest mountain roads of Europe. The road itself is a marvel of engineering skill; the exhilarating serpentine sections ask to be driven by experienced drivers for their own sakes. All in all, this could be the most magnificent road pass in Europe. It’s one of the most scenic drives in the world.

18. SCENIC VIEW OF THE SWITCHBACKS OF THE GRIMSEL PASS, SWITZERLAND

Grimsel Pass is a high mountain pass at an elevation of 2.164 m (7,100 ft) above the sea level. The road is normally closed between October and May, due to the high snowfall on the pass. It’s one of the highest mountain passes of the Alps.

The road encompasses miles of stunning views through twisty hair pin corners, high elevations and steep grades. It’s a road that was artfully drawn on the landscape, basically traffic free. The road leads along many sparkling reservoir lakes with more marvelous views to enjoy. This Swiss high mountain pass links the Hasli Valley in the Bernese Oberland with the Goms district in the Valais. It is located near the source of the Rhone at the Rhone Glacier.

The redrock desert and spires of scenic Monument Valley have been the setting for countless movies and advertisements. This is the land of the Navajo, where scenery and Native American culture have created a perfect setting for photography. As the byway leaves the southern end of Monument Valley, Alhambra, a volcanic core, stands prominently next to the road. North of Monument Valley lies the village of Mexican Hat, named for the inverted sombrero-shaped rock formation visible from the byway.

A journey up into the mountains which make up so much of the interior of the island. Here one can discover breathtaking landscapes, attractive villages, and sites of considerable historical and archaeological interest.